Please log in or Create an account to post or reply to topics.
Mande Wickham
2 posts
Thu Dec 24, 20
8:52 AM
A week or so ago, my emails were stuck and none were sent out. I didn't realize it until a little too late but then I woke up one morning to every email that was backup up (including abandoned cart reminders to those who'd already purchased) but in addition my automated texts sent to ONE WOMAN EVERY FIVE MINUTES, though the night, for a total of 300 something messages. I am absolutely mortified. I immediately turned texting off and emailed her apologizing but she has not responded and I feel the relationship is ruined.
I honestly don't know what to do at this point besides turning off texting and verifying before the emails go out. I'm very displeased. I no longer have faith in automation or trust that even when I send emails out one at a time that they are going through. I am especially frustrated as I was charged and lost a very good customer over it.
Save Cancel
Edited by
Tim - PicturesPro.com
13572 posts
admin
Thu Dec 24, 20
9:35 AM 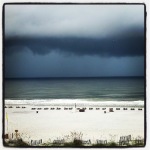 I don't know why 1 person would receive a text message each time the cron job ran once it started working. Some sort of error but without access to the logs I have no idea.

If by chance things are still sending out you can disable the automated messages in Settings -> Automated Messages. You will also see if there are pending emails and messages waiting to be sent there too.

Thank you for signing up!

By continuing to browse or by clicking Accept Cookies, you agree to the storing of cookies on your device necessary to provide you with the services available through our website.